The Initial Public Offering (IPO) is a very important point at which an unlisted company decides to go public for the first time by publicly listing its shares and selling its stocks to the investors. It is an offer of shares typically made to raise capital for the company. The main aim of an IPO is to raise funds from public investors. It also enhances the credibility and brand value of the company. Apart from raising funds for growth, some companies may announce an IPO to clear off company debts. Prior to an IPO, a company is considered private, and the shares are considered to be under private share ownership. Once a company lists its shares, all private share ownerships are converted to public ownership. The previously private share owners can sell their shares as per the listed pricing. Overall, IPO strengthens the company base by involving the public in its growth.

The process of IPO is detailed and involves a few predefined steps. It includes multiple stages starting from the selection of Investment Bank to company listing. The following section explains the process in details:

Step 1- Selection of an Investment Bank

When a company decides to go public, it needs to hire an investment bank. These banks act as market intermediary in the process of company listing. The Investment bank goes through the company’s financial statements and evaluates the worth and risks of the company. The Investment bank also assumes all responsibilities and creates a prospectus for prospective investors. It is the task of the Investment bank to generate initial buzz for an IPO.
Step 2- Preparing DRHP for SEBI Approval

After conducting due diligence, the investment bank and the company create the registration statement and the Draft Red Herring Prospectus (DRHP) to submit to SEBI. The DRHP contains all the information about the business except the price or quantity of shares being offered. The regulator at SEBI verifies the facts shared by the company and checks for errors. If SEBI asks for changes, the issuer must submit that back to SEBI. After all the changes are approved in the application, SEBI approves the draft prospectus. The issuer and underwriter then use the approved prospectus to promote the IPO.

In this stage, the company announces its decision to go public. For maximum reach, investment bankers and underwriters try their best to travel to all possible financial institutions worldwide. Road shows aid in convincing investors about the company’s potential. The company executives and underwriters can conduct Q&A sessions and multimedia presentations for sharing details of IPO and the company.

After getting SEBI’s approval, the company files an updated prospectus called the Red Herring Prospectus (RHP). However, the RHP does not include the price of the IPO.

Book building IPO:When the company does not want to offer the shares at a fixed price, it can set the upper and lower limit for the bidding process. A Red Herring Prospectus contains this price band. It is a document that contains details of the issuing company except for the effective date and offer price.

Determining the price and the number of shares is an essential step of IPO, and it is generally done a few days before company listing. When deciding the pricing of shares, companies choose either of the two following methods- Fixed price IPO:In this case, the companies offer a fixed price of a share. If companies decide to issue their share at a fixed price, the same is mentioned in the draft prospectus as well as the final prospectus, which has been approved by SEBI.
Step 6- Public Purchase

Once the company has selected the type of IPO, they want to issue, and the shares are made public. After the interested investors apply for the shares, the company can then allot them accordingly. After shares have been sold post IPO, the major shareholders and insiders are restricted from selling their shares. This phase is known as the Lock-Up period in an IPO.

During the Lock-Up period, the company insiders and early investors cannot sell their shares, thereby preventing overwhelming the market with excess shares. This step ensures that the stock price does not decline from a sudden flood of selling.

The length of this period ranges between 90 to 180 days. IPO Lock-Up periods allow the newly issued shares to reach stability without additional pressure to sell shares from insiders.

The period generally applies to insiders, including founders, owners and managers of the company, employees, and sometimes they may affect early investors like venture capitalists. This period is also called the cooling-off period as it ensures the market allows the pricing of shares according to the natural rule of demand and supply. The liquidity can be low in the initial phase, but it may increase with time.

The joint effort of the companies, along with the underwriting banks, can use the lock-up period as a means to boost the share price in the IPO. This phase can also let the companies retain key employees. It also guarantees that the insiders share the same result as the public investors.

Eligibility Criteria for IPO Application As Mandated By SEBI

SEBI has mandated the following criteria based on the company’s profitability for any company desirous of issuing an IPO :-

The company should have at least Rs 3 crore in net tangible assets in each of the previous three years. Out of this 3 crore amount, not more than 50% should be cash or cash equivalent like money in an account, cash receivable or investment accounts. However, if the Initial Public Offer is being made through offer through sale, this restriction of 50% on monetary assets is not applicable.

The company should have a net worth of at least one crore rupees in each of the previous three years.

The company should have an average operating profit of at least fifteen crore rupees (pre-tax) in each of any three years among the previous 5 years.

If the company has taken a new name, then 50% of the total revenue earned in the previous one year should have come from the activity performed by the company after assuming the new name.

SEBI ensures that legitimate companies are not held back due to the stringent profitability norms, thus to provide the necessary flexibility to these companies to access the primary market, SEBI provides the QIB route. In the QIB route, the IPO must be issued through the book building method and out of the entire offer, a minimum of 75% of the issue size should be allotted to the QIBs (Qualified Institutional Buyers). The company issuing the IPO would be required to refund the entire IPO subscription money if this minimum allotment requirement is not attained.

There are certain prerequisites mandated by the NSE and SEBI, which are apart from the eligibility criteria, but these also need to be fulfilled by the company before it can issue the IPO. These include:

1. Mandatory Prerequisites by NSE The NSE requires the annual reports of the previous three financial years from any company which desires to be listed on the stock exchange. The prerequisites include:

The company should have a paid-up equity capital of not less than Rs. 10 crores. The capitalization on the equity being issues should not be less than Rs 25 crores.

Promoters are individuals who have worked in the same line of business for at least three years. They must also own at least 20% of the post-IPO equity share to be considered a promoter. One person or many people can own this 20%. The founders, directors, and selling shareholders of the company are subject to the next set of criteria

The SEBI must have taken no disciplinary action against them. The company cannot enter the markets if the directors have been denied entry to the markets. The organization cannot proceed with the IPO with these individuals as promoters/directors during their debarment time, i.e. if these promoters or director are serving their debarment time mandated by SEBI, the DRHP of the company would not be accepted. This limitation does not apply if the date of debarment has already expired when filing a draft of the IPO with SEBI.

The DRHP of the IPO will also be rejected if these individuals are promoters/directors of another corporation that has been barred from entering the markets.

The company cannot proceed with the IPO with these people as promoters/directors if it wants to issue an IPO. The limitation is valid for the period the other company has been barred from entering the market.

The company’s DRHP will be accepted only if none of the promoters/directors has been classified as a fugitive or an offender under the Fugitive Economic Offenders Act 2018. 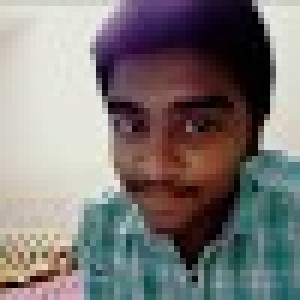